We are proud to reveal our main title sequence for Bedrag, the next big drama series from Denmark’s public broadcaster DR.

Bedrag means fraud or betrayal,and the series is inspired by several big Danish cases about financial fraud on a very high level.

The story digs into the human aspect of fraud, and shows how human beings are driven by poor decision making resulting from the desperate need for more. This destructive behaviour and our ability to ignore the mess we are in became the main inspiration for this title sequence, in which everything is flooded in water -drowning all the main characters.

We developed the title sequence from the initial ideas to the final visual effects work.

Bedrag is produced by Denmark’s public broadcaster DR, who was behind Borgen, and Forbrydelsen/The Killing, the series is currently airing in Denmark, and has been sold to 14 countries so far.

Video showing the layers of visual effects that is added to a scene, from green screen to final grading.

After a lot of meetings with director Per Fly, producer Anders Toft Andersen, and writer Jeppe Gjervig Gram we tried to boil the themes of the show down to one sentence: We are all constantly walking towards our downfall, without noticing it.

The last part about not noticing it was essential for the tv series. Everybody is slowly getting corrupted and caught in a  pattern of wanting more and more, but they are not really aware of what is happening, and that they are slowly digging their own graves. With that sentence as a starting point we developed a lot of different ideas all revolving around the theme of people doing what they always do while everything is changing and falling apart around them. 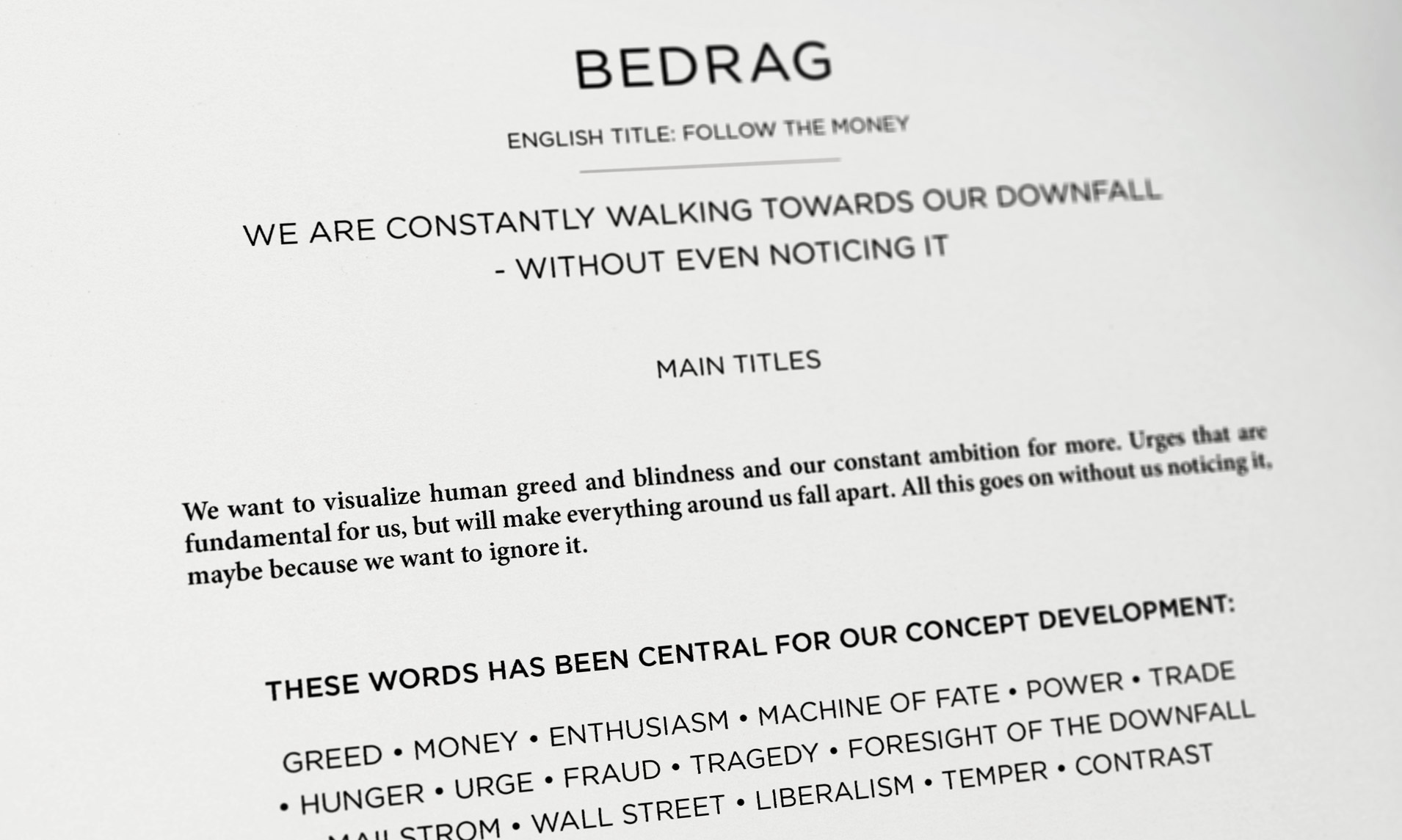 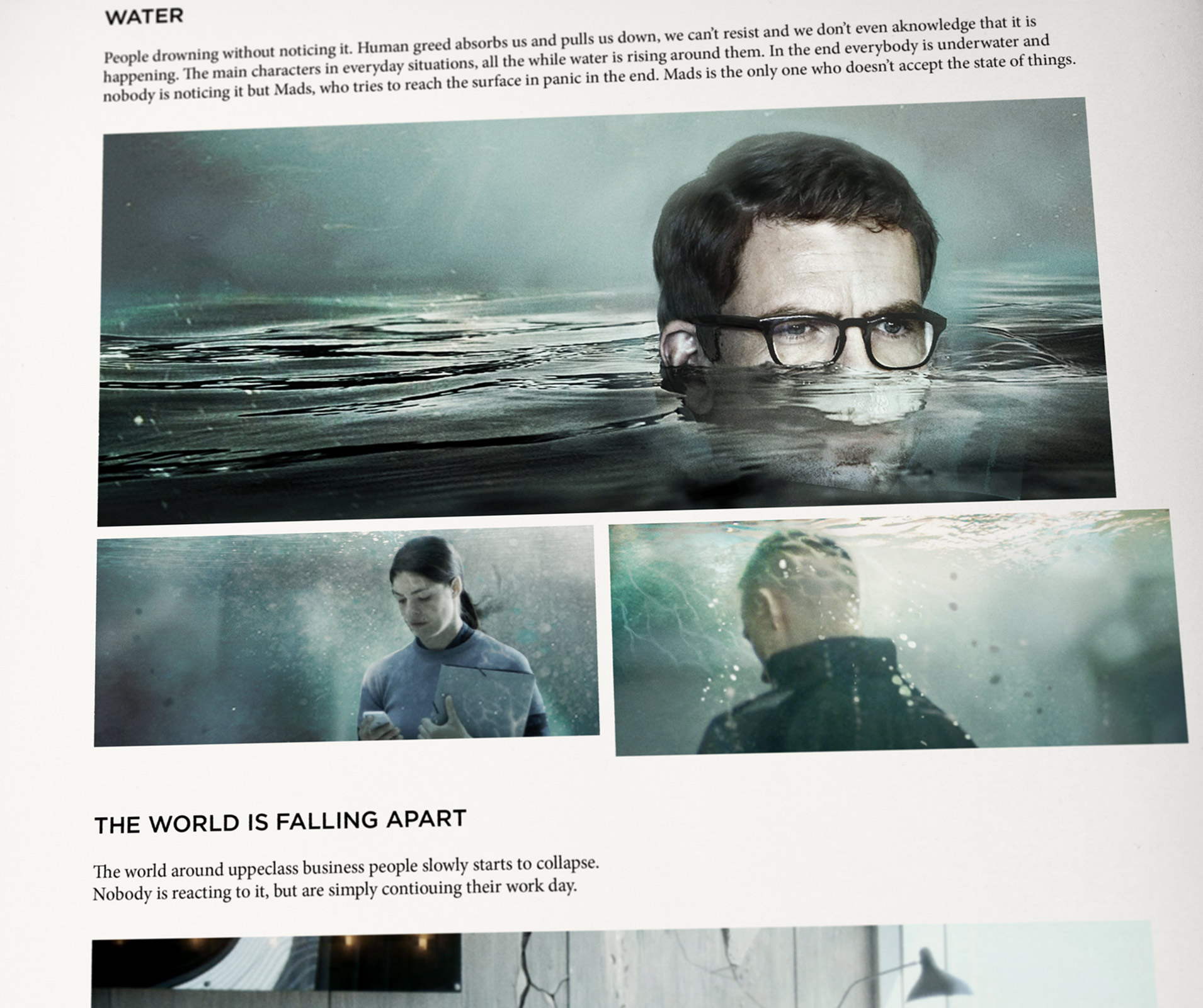 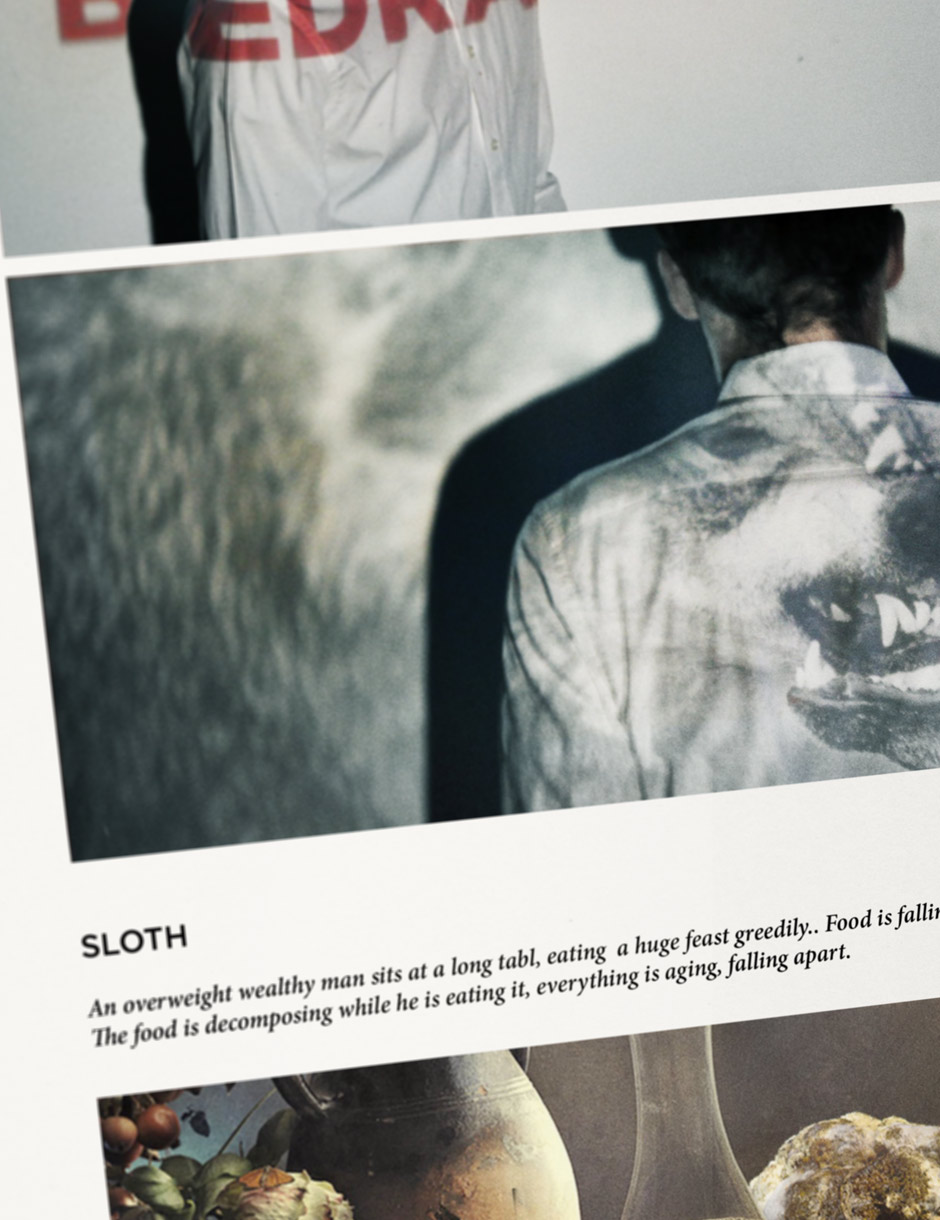 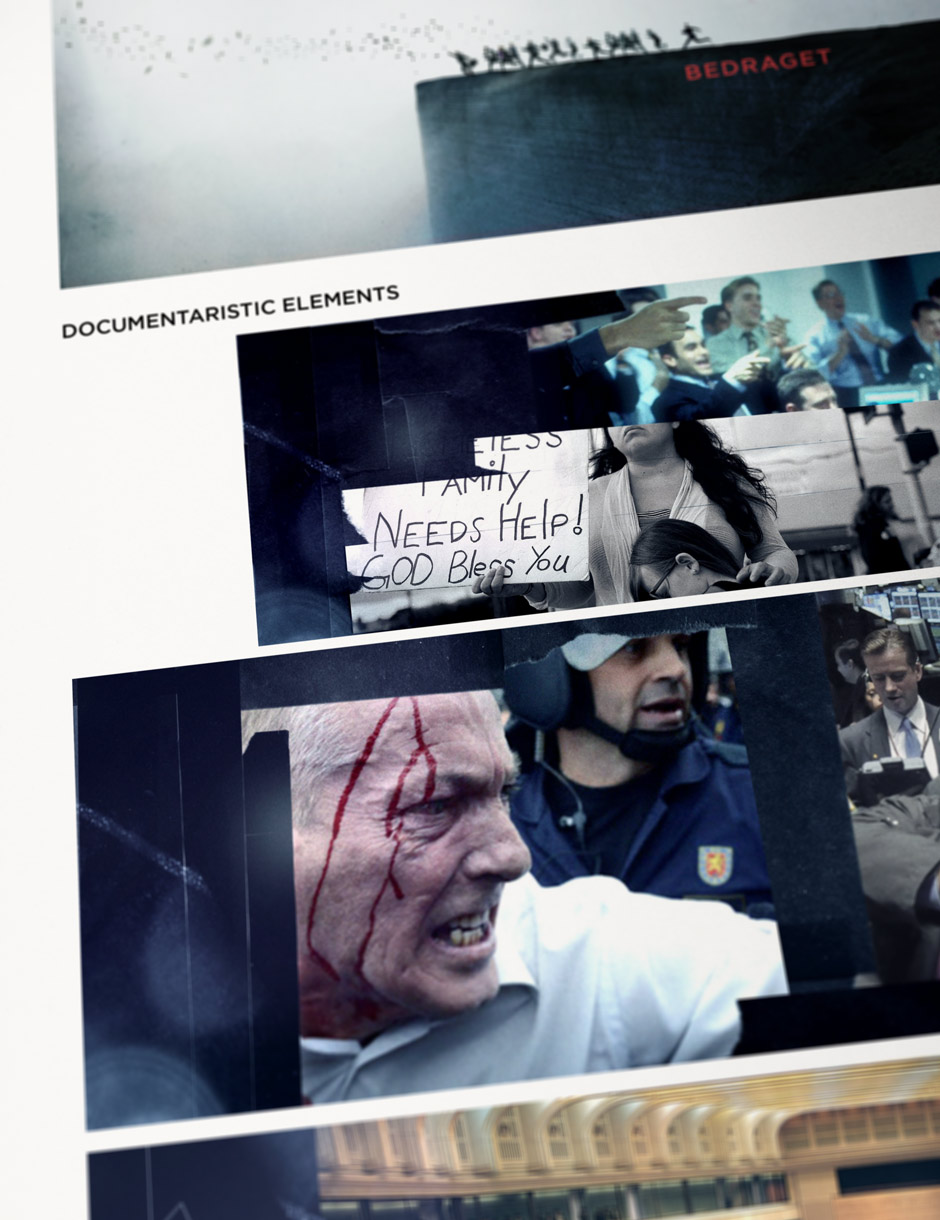 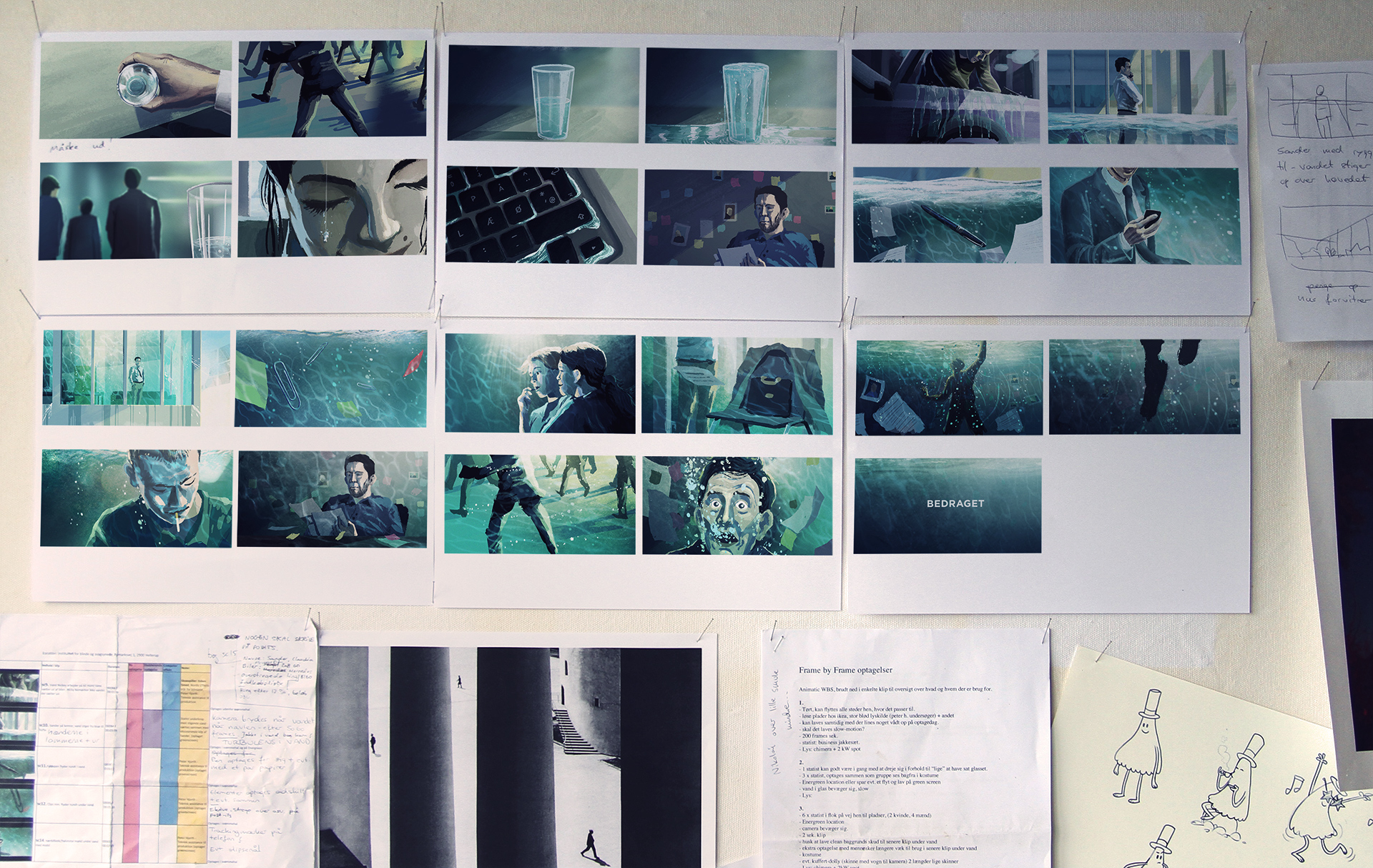